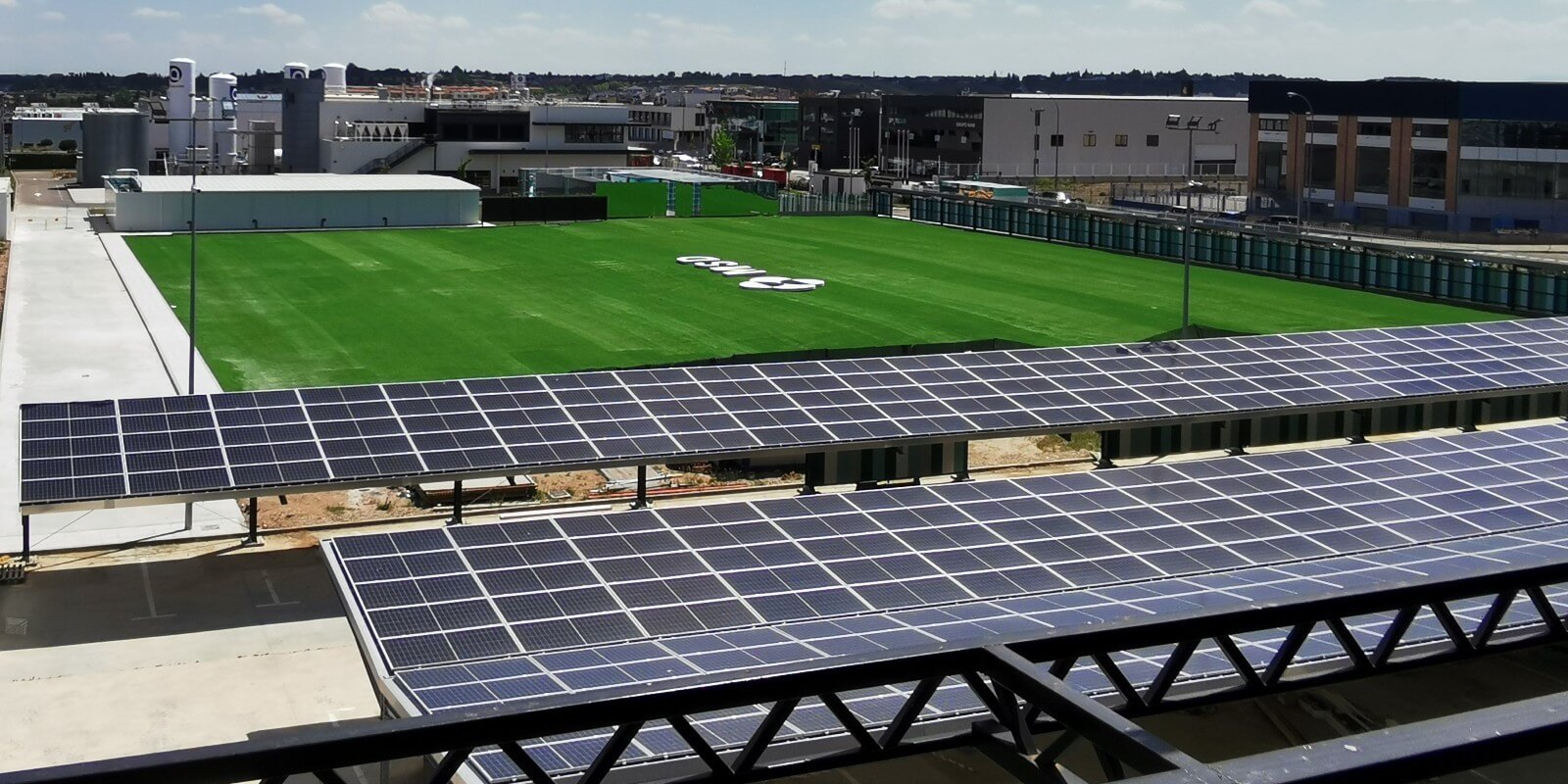 MSD Animal Health, leading company in animal health, has chosen ACCIONA Energía to carry out its decarbonization project through the installation of a photovoltaic self-consumption system at its facilities in Carbajosa de la Sagrada and Moríñigo (Salamanca, Spain) during the next 25 years.

This self-consumption photovoltaic system will cover around 19% of the electricity needs of MSD Animal Health's premises in Salamanca through 100% renewable energy. The company will also be able to monitor the plant's energy consumption in detail and in real time using ACCIONA Energía Greenchain's energy management platform based on blockchain technology, which will be monitored 24/7 via a digital panel connected to the control centre.

The first 708 photovoltaic panels —with a total capacity of 290 kWp— were put into operation last October, as part of the decarbonization plan’s Phase I. These first panels were installed on the canopies and parking lots of Campus II of MSD Animal Health's vaccine production plant, where more than 90 animal vaccines products are developed and exported to over 75 countries.

Phase II of the project has just started, with 4,500 more photovoltaic panels —with a total capacity of 2,430 kWp— being installed at various locations on Campuses I, II, III, and IV.

The agreement reached between the two companies follows a PPA on-site formula under an "energy as a service" scheme, whereby MSD Animal Health contracts the long-term clean electricity supply service and ACCIONA Energy covers the investment required for the installation, operation and maintenance of the system. This model facilitates decarbonization, cost savings, digitalization and flexibility in energy consumption without the need for the customer to make any investment.

MSD Animal Health's self-consumption project is part of its commitment to protect the environment by ensuring the prevention of pollution and the control and minimization of the environmental consequences of its activities. This includes the control of natural resources consumption and recycling, with the aim of improving the company's energy efficiency and reducing the carbon footprint of its activities as an improvement against climate change. The company carries this out with a One Health approach that recognizes the connection between people, animals and the environment as a way to contribute to current health solutions.