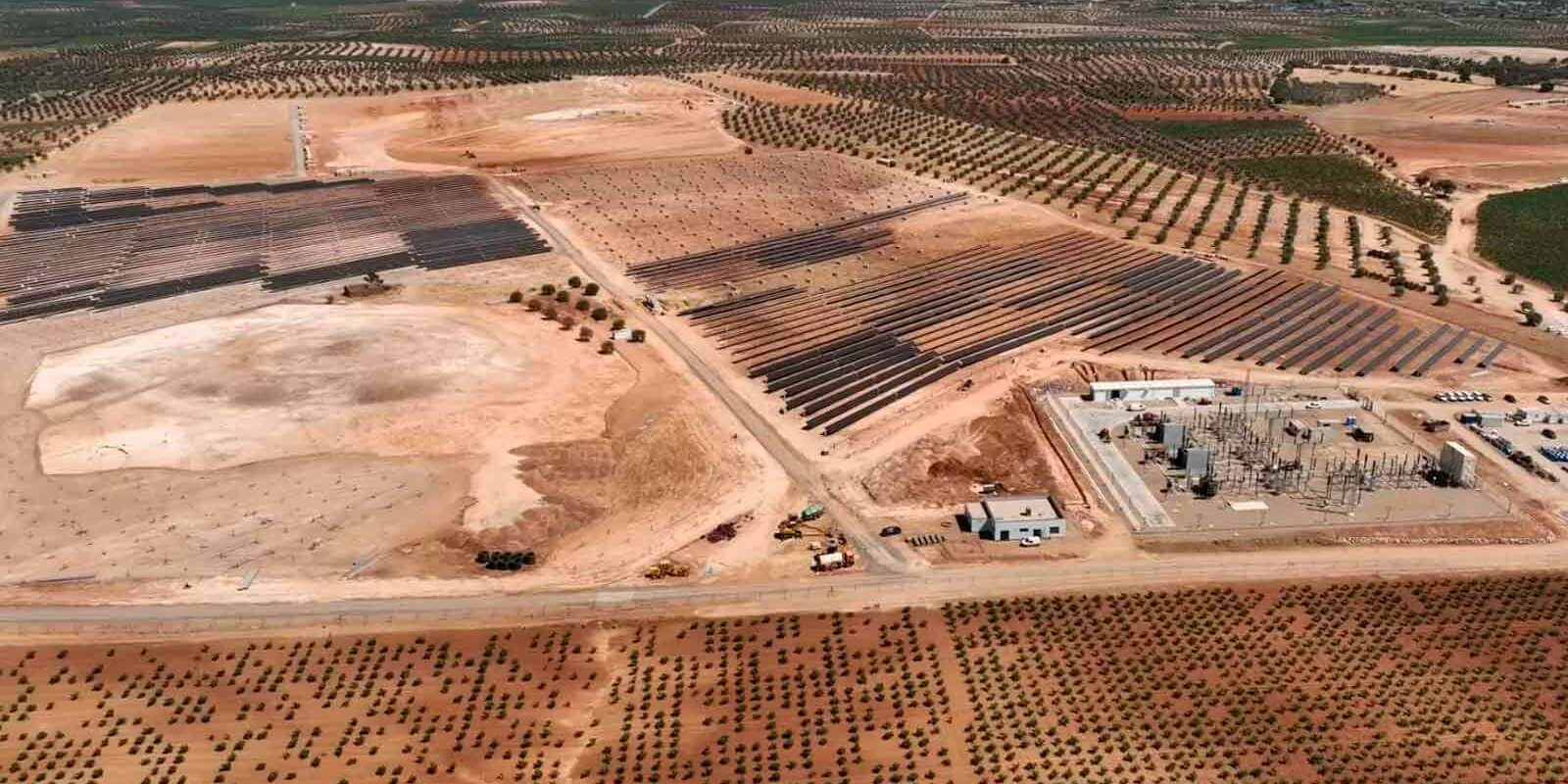 Construction works at three of ACCIONA Energía's photovoltaic plants in Almendralejo (Badajoz, Spain) has brought to light a series of significant archaeological remains, including a set of Chalcolithic settlements dating back more than 5,000 years.

ACCIONA Energía began construction of the Extremadura I, II and III photovoltaic complex in November 2021. Archaeological remains came to light during the clearing of the land prior to construction. From that moment onwards, the company started working hand in hand with archaeologists, heritage conservation specialists and the Directorate General for Cultural Heritage of the Regional Government of Extremadura to locate, delimit and safeguard the sites.

The works revealed a total of 11 sites, six of them from the Chalcolithic period – dating from the last centuries of the 4th millennium BC and the early centuries of the 3rd millennium BC – and another five sites from dates ranging from the Bronze and Iron Ages (2nd and 1st millennium BC respectively) to the Lower Roman Empire period (3rd to 5th centuries AD). ACCIONA Energía adapted the design and configuration of its solar project to ensure the protection and preservation of the remains, which in total cover 30 hectares of archaeological protective zone.

"Protecting the archaeological sites has been a priority for us from the very first minute. To this end, we hired the services of an archaeology and heritage conservation company, worked in constant coordination with the Directorate General for Cultural Heritage of the Regional Government of Extremadura, and adapted the initial configuration of the plant to the layout and protection margins of the remains," says Mikel Ortiz de Latierro, ACCIONA Energía's Director of Environment, Social, Health and Safety, and Quality.

Works to date have focused on clearing the vegetation, delimiting the sites’ extension, and setting a perimeter protection area of 25 meters that will remain free of construction works. During this initial stage, some archaeological pieces were found and are being studied at the laboratory of the research team that carried out the excavation works. The aim now is to undertake the full excavation of the site through a program entirely financed by ACCIONA Energía.

"We are very excited about this project, as the recovery of this valuable heritage will undoubtedly boost tourism and the economy of the area. We have already received the first academic visitors who have shown great interest in the sites," explains Mikel Ortiz de Latierro.

The Cortijo Lobato archaeological site, which dates from the 3rd millennium BC, stands out as one of the six ‘causewayed enclosures’ unearthed.  This type of emplacements, formed by an enclosure marked out by ditches, are surrounded by a series of concentric causeways. The fortification delimits ancient settlements of prehistoric Chalcolithic communities and covers a large area of land. This discovery is exceptional due to its good state of preservation and, thus, it’s key for the further study of the period.

"These fortifications usually delimit a settlement or an area to monitor the surroundings," says Alicia Lizarraga, ACCIONA Energía's Environment Manager. "Their purpose could be defensive, to protect the community and its resources from wild animals and from conflicts with other peoples.”

This type of archaeological vestiges is hardly recognizable to the naked eye, as the action of time and vegetation tends to erase them from the surface, making it very difficult to identify them. In the specific case of Cortijo Lobato, it has been possible to identify the remains thanks to the previous intensive prospecting of the land and the archaeological clearing work carried out before the solar complex construction works, which made it possible to locate and delimit the site.